The fierce territorial dispute between the Republic of Korea and Japan has not been resolved for years.

A few days ago, a Korean company posted the slogan ‘You need a passport, we don’t need a passport’ on a site used by people all over the world. The project image has the stamp used upon entering the Republic of Korea, on the Taegeukgi on Dokdo.

This image indicates that foreigners, including Japanese, are required to go through immigration to enter Dokdo in the Republic of Korea. It shows that immigration and passport screening are not required when Korean citizens enter Dokdo because it is Korean territory.

In addition, if you click on the image, you will go to the Dokdo homepage of the Ministry of Foreign Affairs of Korea where you can see the evidence that Dokdo is a Korean territory in 12 languages. 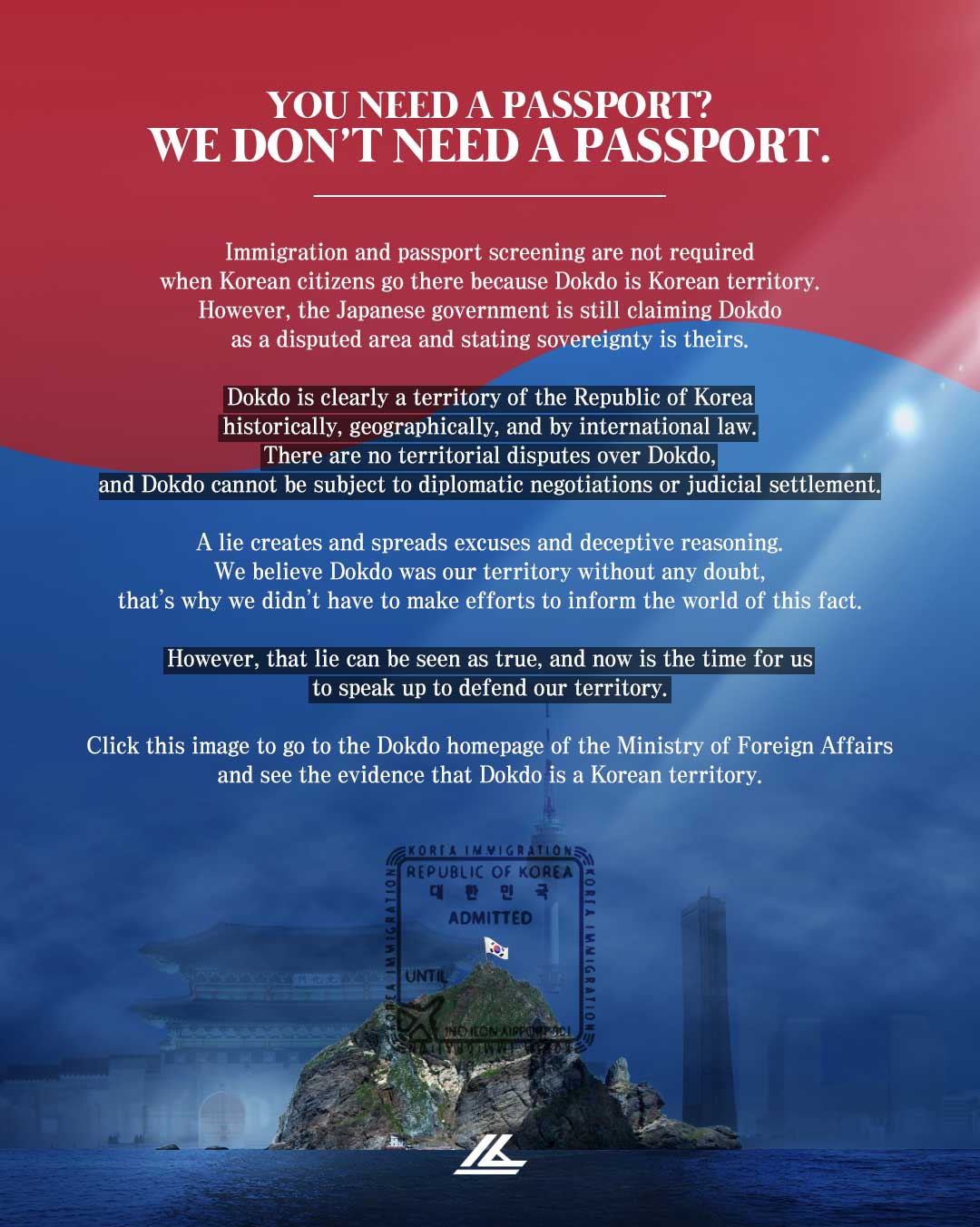 Lakai is an American-based company launched in Korea in 2017.

Sneakers made to sponsor the Dokdo Association were the first products they created to advertise themselves. This caused a boycott in Japan as they found it shocking. Despite being branded in the Japanese fashion market, they stated that the reason why a private corporation got involved in a territorial dispute between countries was as follows.

“Dokdo is clearly a territory of the Republic of Korea historically, geographically, and by international law. However, the Japanese government is still claiming Dokdo as a disputed area and stating sovereignty is theirs. A lie creates and spreads excuses and deceptive reasoning. We believe Dokdo was our territory without any doubt, that’s why we didn’t have to make efforts to inform the world of this fact. However, that lie can be seen as true, and now is the time for us to speak up to defend our territory.”

This project made by a private company that abandoned the Japanese market impressed Koreans, and it has resulted in establishing itself as a company that informs the world about the true history of Korea.